Back to Latest Articles
Environment development

Once I received the 3D assets created by Yuri and the concepts carried out by Thomas, I set to work on the interior texturing.

Although I had a fairly precise idea of ​​how to proceed – I had a very clear indication of the colors and style of the environment, which had to recall an idea of ​​the past, of the humble and at the same time of the cared for, of ‘handmade’ – I decided to carry out an in-depth study on the main materials that make up the room.

As you can see, within my work process I started from the general – floor and walls – to then focus on medium-sized objects – furniture – ending with the smallest details: the small items.

From general to particular

I paid a lot of attention to the floor, walls, and ceiling, and the way these three elements interacted with each other. Those who have experience in visual studies related to cinema (scenography or direction of photography) will have no difficulty in understanding why: the perception of the general mood of a room is largely determined by the dominant colors.

Of course, the light and the style of lighting have their importance. But, just like in reality, in which the main colors tint the light, even in Unity the global illumination is influenced by the colors on stage.

Iolanda – the director – had imagined and requested for Vajont soft and enveloping lighting; so I decided to look for neutral colors and materials, capable of conveying a certain harmony when combined together.

Do you remember…? There were three different colors for grit floor that were so fashionable – also for their low costs – in the past. This is just an example of the material studies I conducted.

For the walls, we wanted to convey the idea of ​​a house that reflected the care and love of a couple. For example, we imagined that the painting of the walls had been done by the character of the husband, and that it corresponded to a sort of do-it-yourself “home modernization”.

I textured the walls of the room by recreating brush strokes with an edge that was not quite sharp, similar to the work of someone who is not an expert. On the normal map, I recreated the thickness and rough finish of a plaster.

I went on to define colors and details in the kitchen area, another focal point, by determining the harmony of colors between the sink, the cupboard and the stove.

Telling the story through the details

For the texturing of small objects, I based my work on references collected by Thomas. Again, I tried to add those micro-details that make an object appear alive and realistic: the scratches on the table, the marks on the bottom of the pots, small stains of wear here and there. 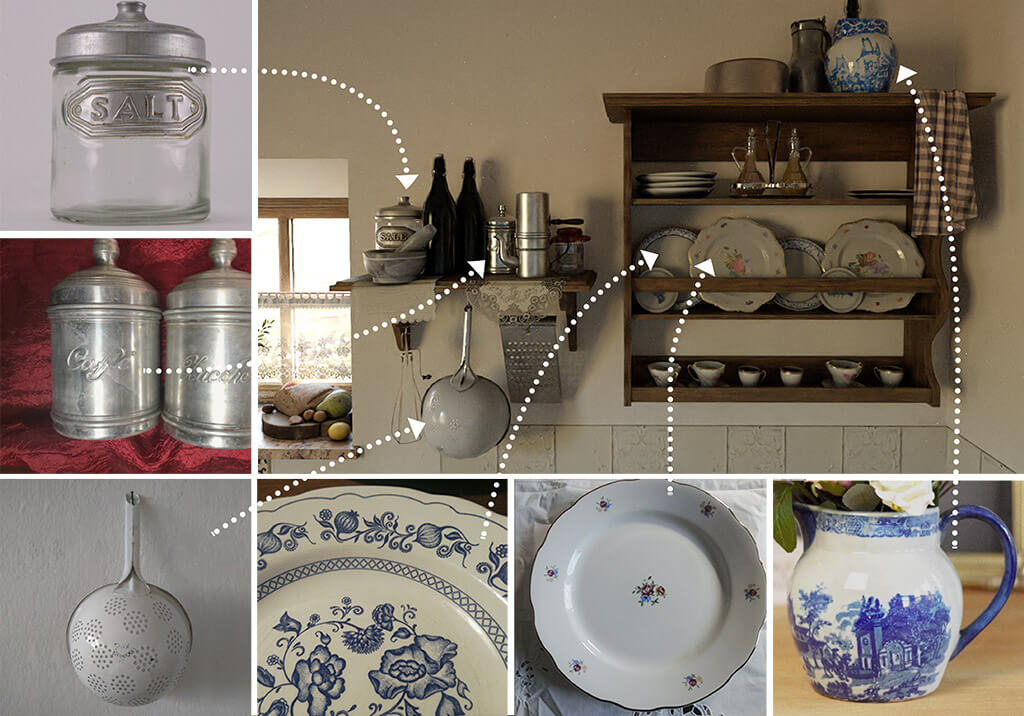 In these images you can see some references that I used for the texturing of the props.

I decided to add this short note for those of you who have a more technical interest in the discipline to highlight the differences in workflow between texturing for online and offline rendering engines.

This blog has already dealt with the differences between the two types of rendering engines, so I won’t discuss this topic any further. If you want to learn more, I invite you to take a look at the articles on the creation of hair for VR project and the rigging of characters.

I will only reiterate the need to optimize the project to avoid the phenomenon of framerate drops, sharp drops in fps that affect the enjoyment and perception of the experience. As you know, for fluid perception of video games in general (and VR experiences in particular!) it is necessary for the number of frames rendered per second to be fairly constant; the framerate varies for each device used, but normally it is around 90fps (frames-per-second). In VR it is particularly important to avoid these framerate variations in order to avoid sickness.

Thus, as the modeler reduces the number of polygons in each mesh, a texture artist compacts the UV.

We can imagine UVs as a sort of “pattern” of a dress: a two-dimensional version of a three-dimensional mesh. And it is precisely via UV – through specific maps – that the texture is created (and subsequently applied).
The letters “U” and “V” indicate the two axes (x, y) on which the textures develop; this nomenclature has been adopted since the letters X and Y (together with Z) are normally used to identify the position of an object within the three-dimensional space. 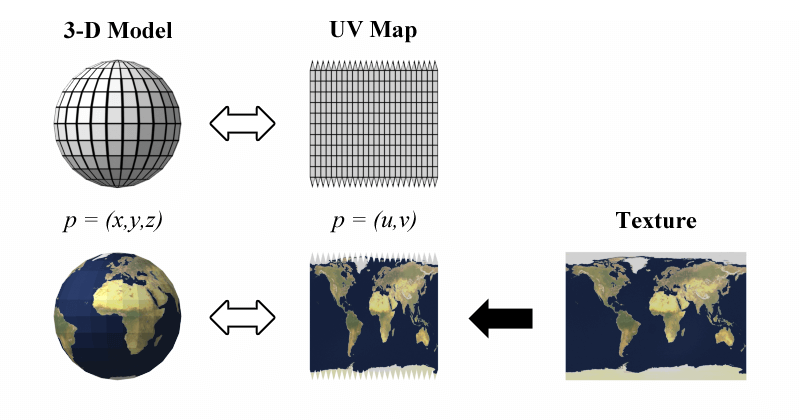 In the workflow of the offline rendering engines, the UVs of each 3D object normally occupies a UDIM. This choice implies excellent details and visual rendering of the maps; however, it also implies an increase in rendering times.

In the online rendering engines, as already mentioned, the UVs of each object are compacted in the same UDIM: using more specific jargon, it is said that a special UV layout is created.

This means that the same UDIM can host different objects, which are normally categorized according to the physical properties of their material (smoothness, reflectance, transparency etc).

This means that the same UDIM can host different objects, which is in comparison with them normally being associated based on their physical properties (smoothness, reflectance, transparency).

In the image below, you can see the layout I made for the UVs of the plate rack and the objects contained within it, which are displayed in the two maps albedo and normal. 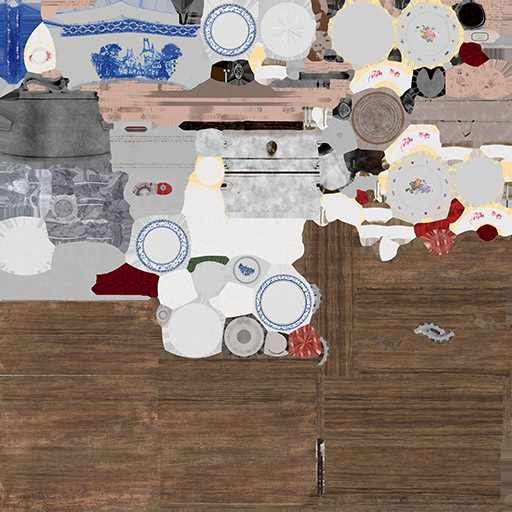 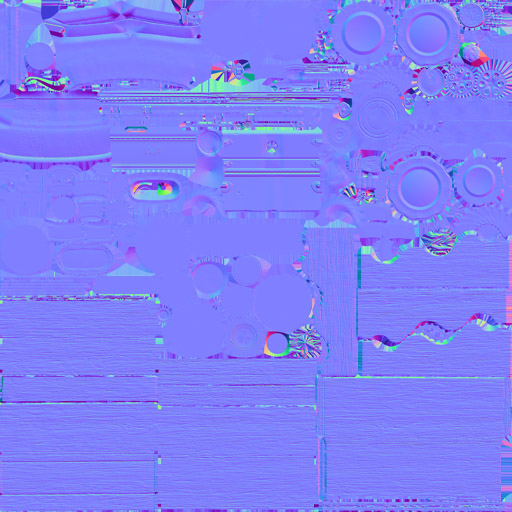