How much history can a detail reveal?

I think my work as a texture artist can be summed up in this one question. Texturing is not just the application of color to a 3-D model, it is a process of meticulous research and synthesis – seen as the ability to eliminate superfluousness and focus on the essential.

So, I think the biggest challenge was precisely this: to identify which details to bring to light, focusing on realism and perception – the two leitmotifs of Vajont. 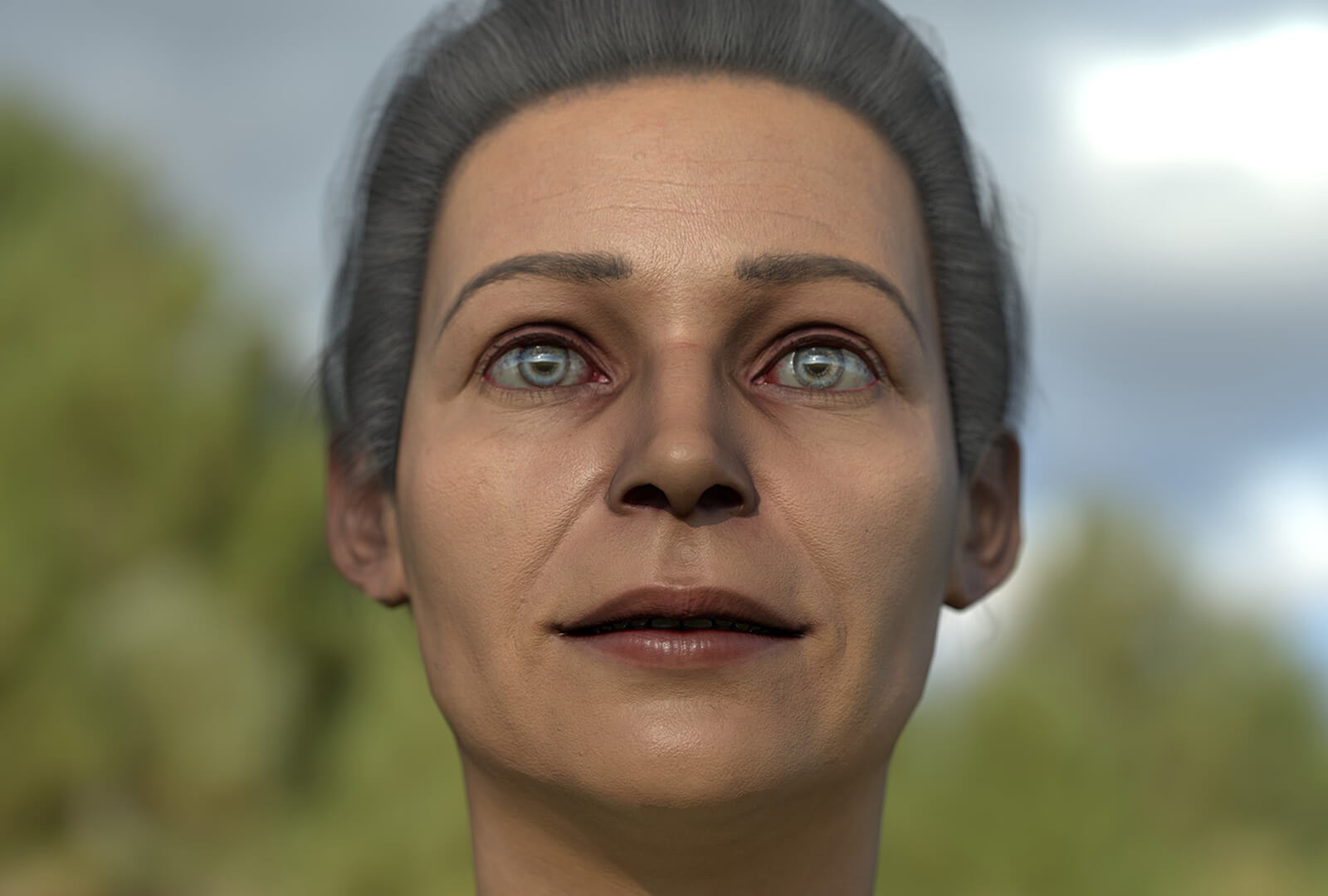 I received the models of the characters in the double version of low-poly and high-poly (which you can learn more about here), so during the texturing phase I did not focus so much on the creation of the micro-detail, as on the overall visual rendering.

In order to make the character’s skin look realistic, I paid particular attention to the nuances of the different portions of the complexion. Projecting a high definition photograph on the face of a 3D character is not enough to obtain realistic results; you have to take into account the different shades of the different areas of the face. 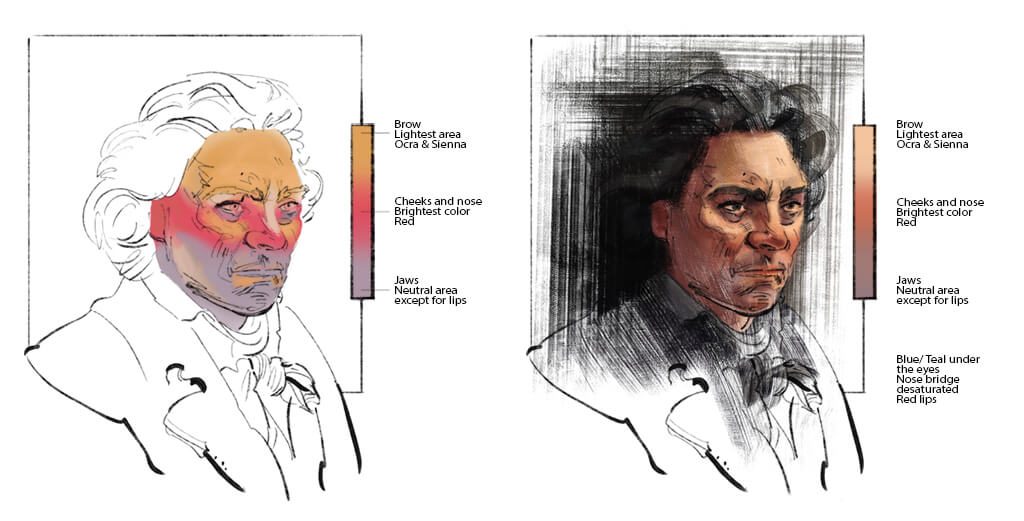 Scale of the different skin tones according to the areas of the face.

As you have already read on this blog, the main character was created using as reference some photographs of a real person.

And it is precisely from these images that I started to create a background that would connect to the collective idea that we have of past and identity. Since Vajont is a VR experience set in the 60s, what better look than a fresh beard – a grey-greenish shade – to represent a humble but well-groomed worker, according to the standard of beauty of the time? 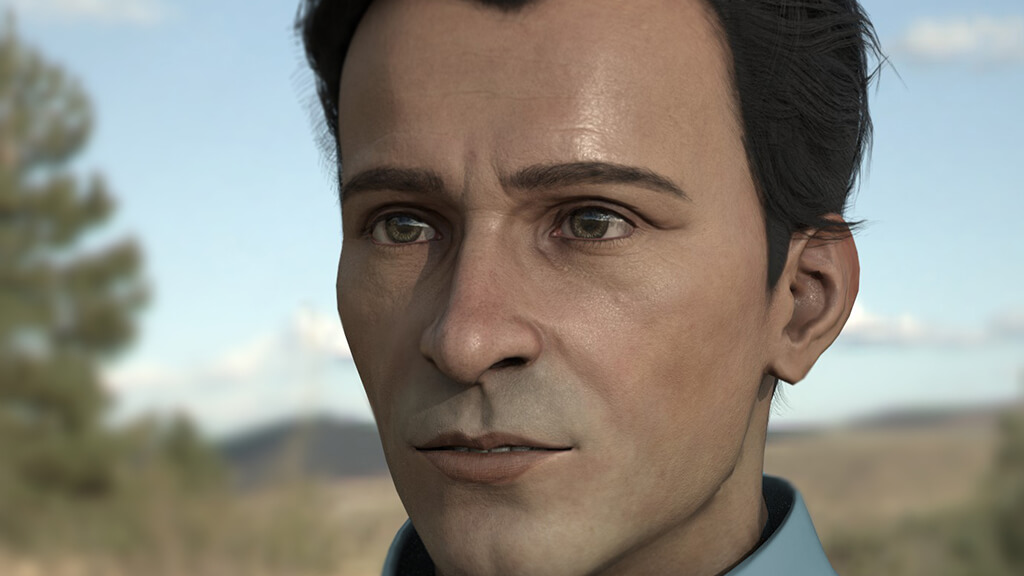 Obviously, since the characters are of different ages – or rather, since it is an experience in which the perception of the age of each of the ‘actors in play’ is fundamental – I worked so that this would shine through in the different skin textures.

Age is not just a matter of wrinkles – complexion, hue, and brilliance all factor in as well.

Older skin simply has a less brilliant color than younger skin. Additionally, some jobs strain the hands, which change their structure (and, of course, their color) due to habitual, repetitive actions. These studies were the starting point for the texturing of the skin of the character of the neighbor; it was important to recall the idea of a woman accustomed to mountain life.

A different choice was made for the wife’s character. She was intentionally made ‘neutral’ beyond her young age.

The importance of details

Specific details, such as the color of the eyes, have been designed to embody the psychological qualities of the different characters. For example, it was very important that a climate of trust and empathy was immediately established between the participant and the neighbor; so, to give depth to her gaze, I chose a very light iris shade.

Not only that, did you know that the size of the pupil has a significant importance in non-verbal communication? When we look at people that we feel affection or tenderness for, our pupils dilate.

By reversing this logic, when we are observed by a person with dilated pupils, we subconsciously prepare ourselves to establish a connection. 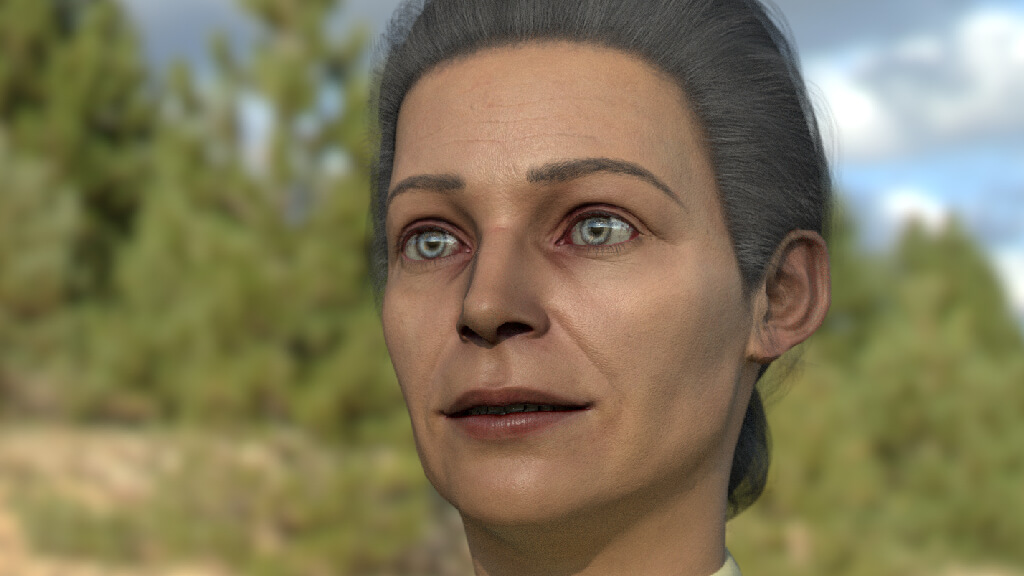 The neighbor’s gaze: the light iris and slightly dilated pupils can be observed.