As we have already seen here, texturing allows us to tell part of the story without disturbing the screenwriters. By using small visual clues, it is possible to communicate narrative elements that would be difficult to express otherwise.

This is particularly evident when it comes to clothing. A dress made of particularly fine fabric will certainly belong to a wealthy person. On the contrary, a dress with stitching and patches will tell of all the economic difficulties the character has experienced. Freshly-ironed clothes will evoke the idea of a very precise and punctual person. Folds and creases will instead be attributed to a person who does not pay particular attention to appearances or works a lot.

For the dress textures in Vajont, I used Substance Painter because this software allows me to be agile and reach a high level of precision without too much difficulty.

I received the models in two versions: high-poly and low-poly. Therefore, even in this phase, my focus was not so much on reconstructing the micro-details of the pattern of each element, such as the type of fabric, but on working on a general visual rendering in terms of realism and chromatic harmony.

Together with the models, I also received the references used by the character artist (you can read here for more details), and it is on them that I based my work.

For the character of the husband, we were looking for clothing that could show his life as a worker in a way that was almost universal in order to be able to ‘speak’ to people who are not strictly part of our culture. 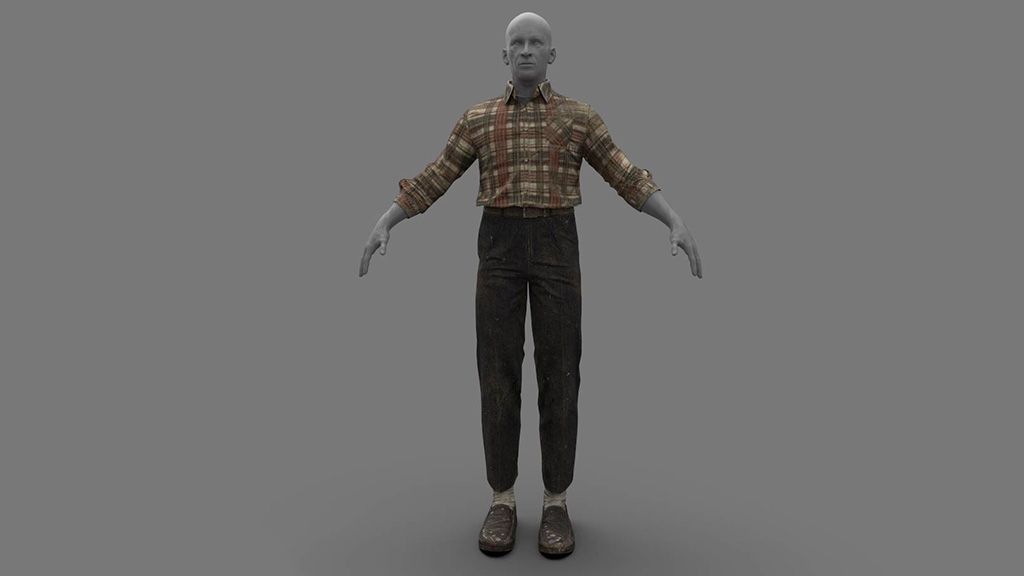 I have created a plaid shirt with the idea that this weave could also create a nice contrast with a homogeneous wall, as well as a pair of heavy trousers, which could protect it in case of bumps.

Substance Painter has a series of brushes, like Photoshop, that can be used to paint very small details. So I added some small stains on the shoes and shirt to suggest manual work.

As for the texturing of the neighbor’s clothes, as in the previous case, we played with the idea that a knitted sweater could recall the image of some family woman with a passion for knitting in the distant past sitting by the fireplace.

Some color studies for the neighbor’s clothes

In the end, I came to the conclusion of using brighter colors to better respect the fantasies of the time and draw the participant’s attention to the neighbor character. 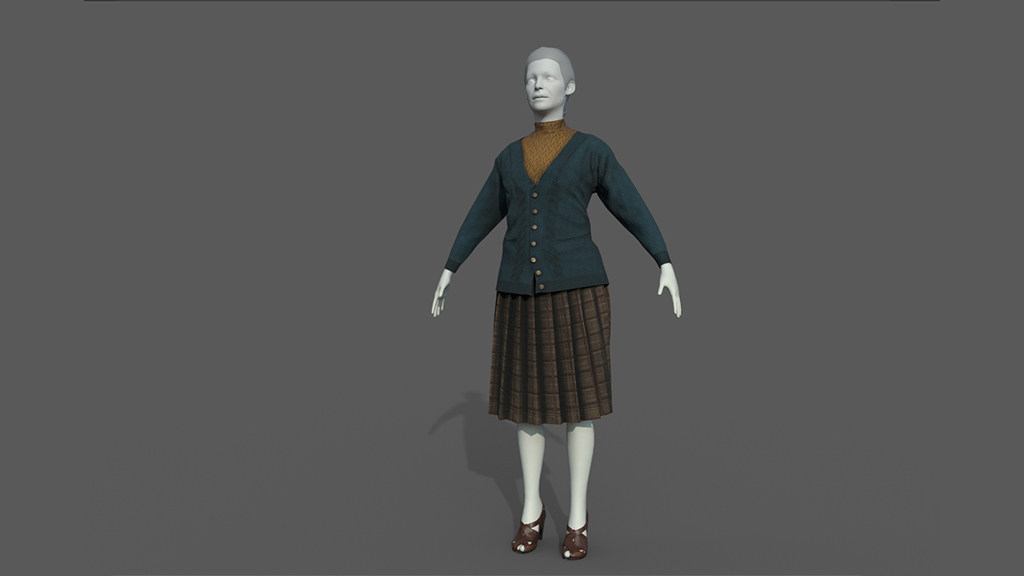 The final version of the neighbor’s clothes.

A separate speech was made for his wife, a character who is literally ‘impersonated’ by the participant. The challenge was to make it immediately recognizable that it was a female character, even if it was not excessively characterized to allow an effective embodiment. 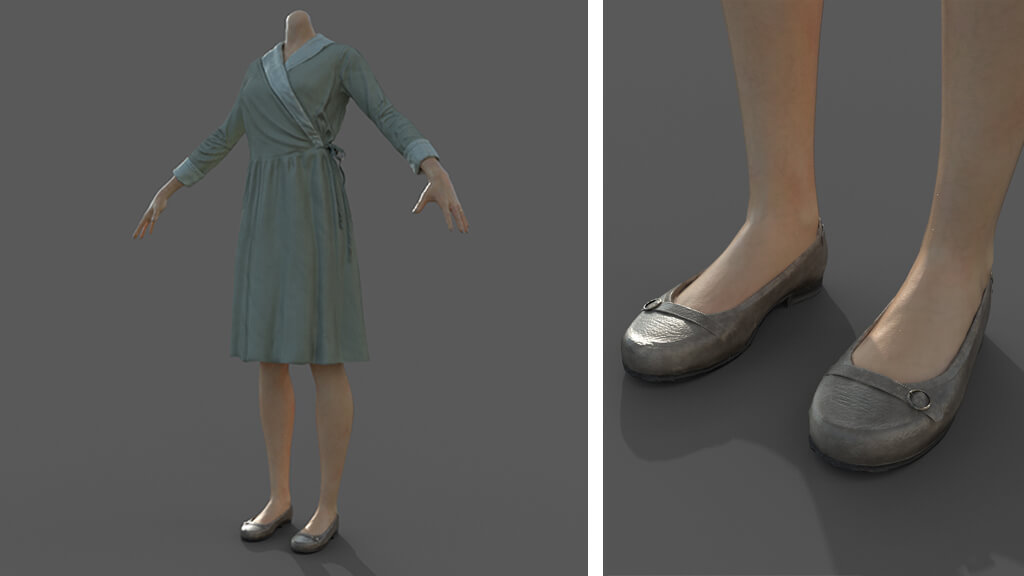 The wife’s character in its final version. On the left, you can see the detail of the shoes.