Back to Latest Articles

When modeling the internal environment of Vajont, I had to keep in mind three fundamental requests:

I based this work on the concepts and visual studies made by Thomas.

Iolanda’s (the director of Vajont) idea was to give centrality to the table where the most important dialogue of the experience takes place. Therefore, I recreated a room that would develop precisely from the table. The area is as large as the maximum trackable surface allowed by a Vive headset.

After putting a lot of effort into searching for a good arrangement of spaces and objects, following the concept realized by Thomas, we came to define the following situation: 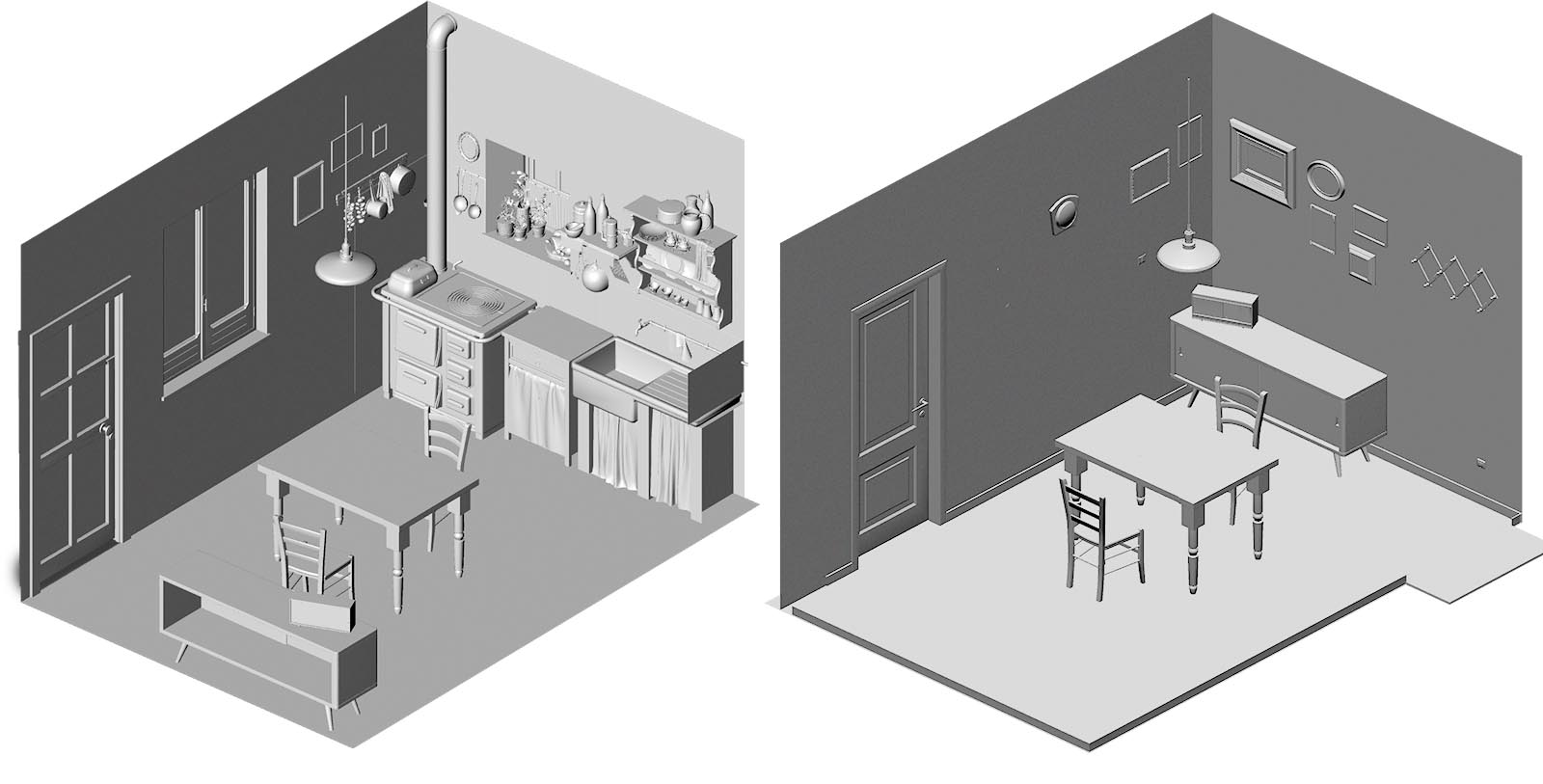 As you can see, we chose to dedicate a wall to each character: the wife is represented by the objects in the kitchen area; the opposite wall is dedicated to her husband.

Thomas’s help has been fundamental in researching visual references for every element that exists within the experience, and it is precisely to those images that I started modeling the various props. 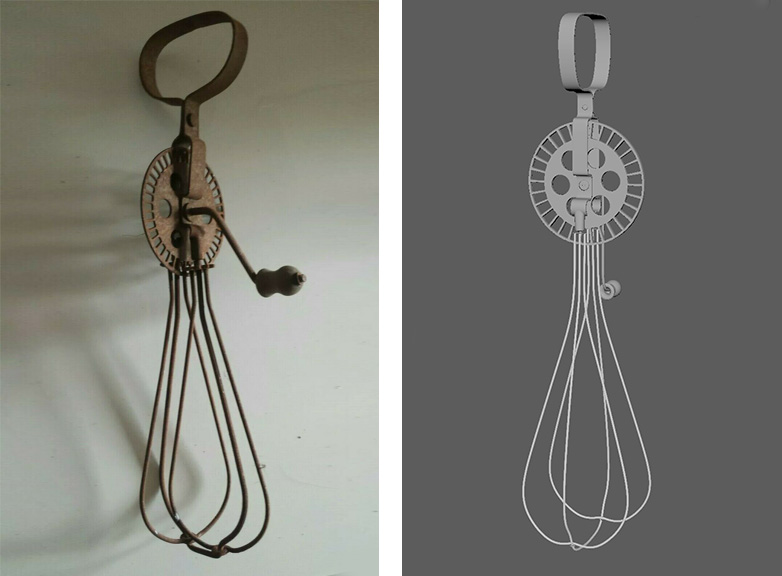 Left: a tool used before to mix a typical North Italian dish, polenta. Right: the model I made in a high-poly version.

Since there are relatively few images of the interior of a 1960s kitchen, a time when cameras were the prerogative of only a few people – and the main images were taken during the main rites of passage: baptisms, first days of school, confirmations and weddings – for the reconstruction of the props, we mainly used references from the advertisements of the time and from what was on sale in online stores!

Left: the reference of a dish of the time that was for sale on the web. Right: the same plate reshaped by me

The objects were then placed within the room’s layout by rearranging the items in VR until we decided on a sort of ‘final setting’. 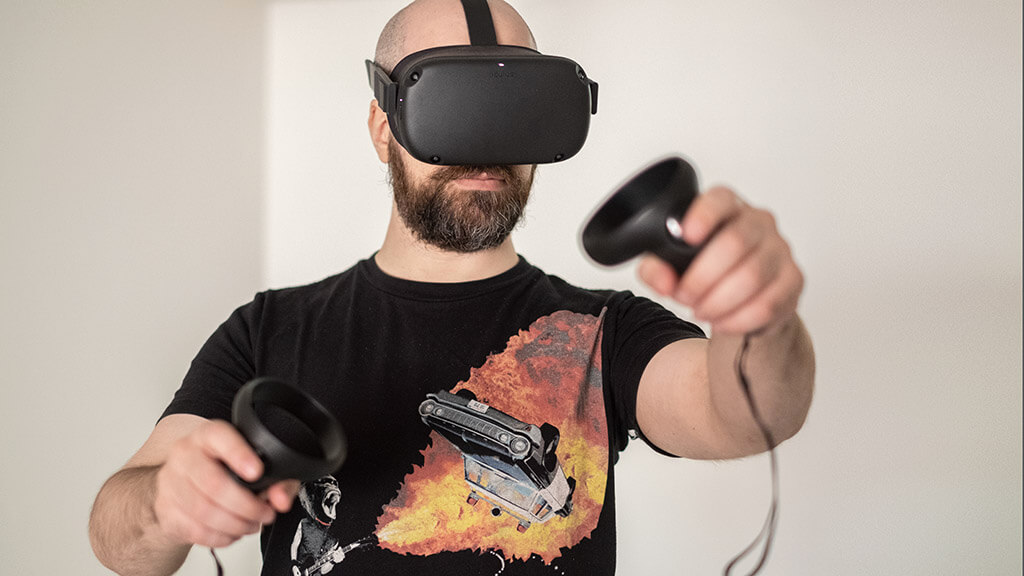 As you may know, I am specialized in character modeling, which I’ve been working very hard on over the years.

So I can’t deny that modeling some objects was a real challenge. I never thought I’d find myself creating a braid of garlic and onion in 3D! 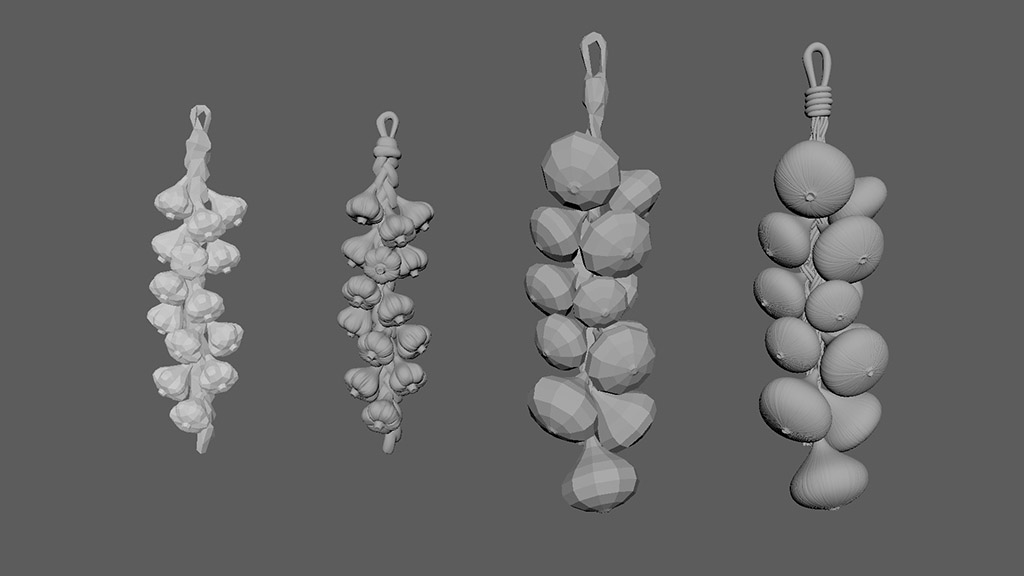 The garlic braid and the onion braid in the double version of high-poly and low-poly that I made for Vajont.

Yet it is precisely the presence of everyday objects that influences the perception of space: its credibility. 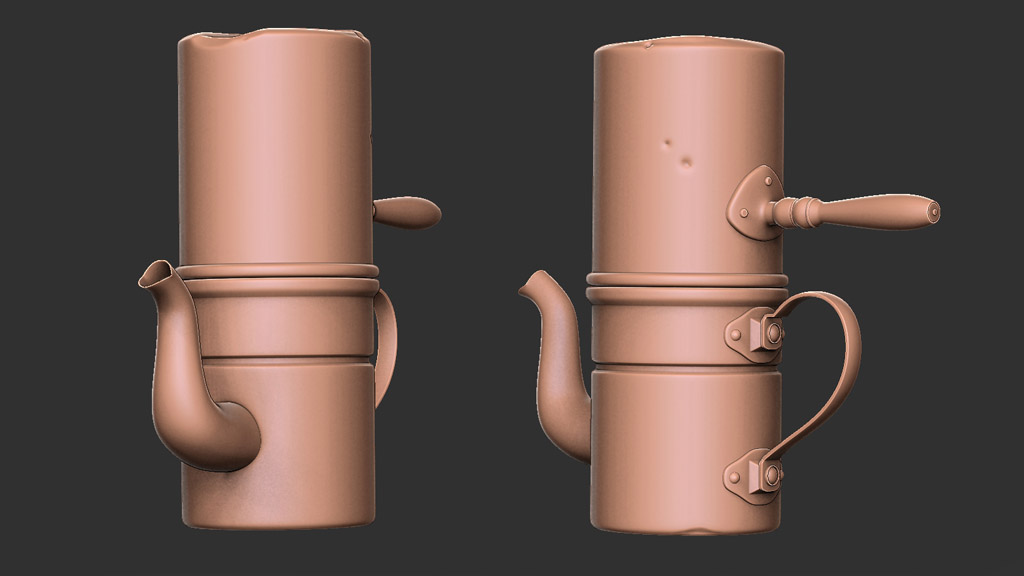 Front and side of a Neapolitan coffee pot, used in the final layout.

As I already mentioned, I modeled each object in the double version of high-poly and low-poly: the high-poly version, containing as much information as possible; the low-poly version, optimized to be rendered in real time. 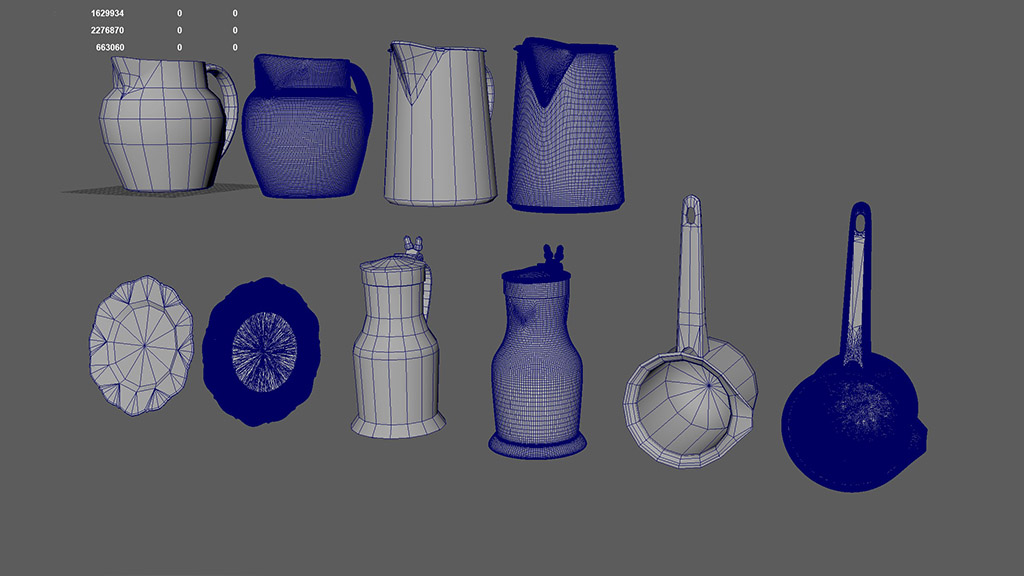 Also, in this case, I used Zbrush, software purely used for organic modeling, for the creation of the most detailed assets. But I used Maya for the retopology, thus obtaining the low-poly version. 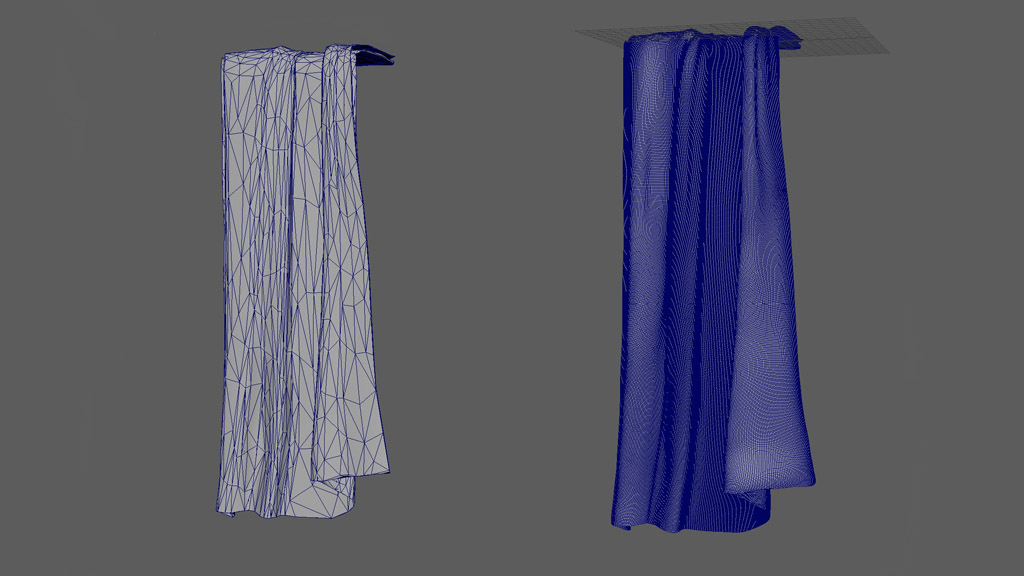 A towel on stage. In this image the difference between low-poly (left) and high-poly (right) is particularly relevant.