Most of the production phases in a 3D project involve a moment of research and reference studying. Character artists look for images that they will use to identify the proportions of the face, body, and details of the characters they are going to model. Texture artists look for images that can guide them, both in terms of material and color, for reconstructing the appearance of the assets they are working on. Riggers collect material (mostly video) that shows the type of deformations that the 3D model has to carry out. Lastly, animators usually record themselves while they play the scene that has been assigned to them, using their own footage as a reference.

The process of modeling clothes is no different from any other process: I started by studing and collecting reference material.

What interested me (beyond the typical fashion of the Sixties, which was a factor that was certainly not unimportant) was the type of fabrics in vogue at the time. Consequently, I discovered myself studying the photos of my grandparents and parents for the first time, hunting for details.

The answer is simple: because each fabric has a specific thickness and weight, which determines the way the dress fits. That’s not all: these details influence the shape, the number, and the intensity of the folds, factors that are certainly not insignificant when looking for realism. 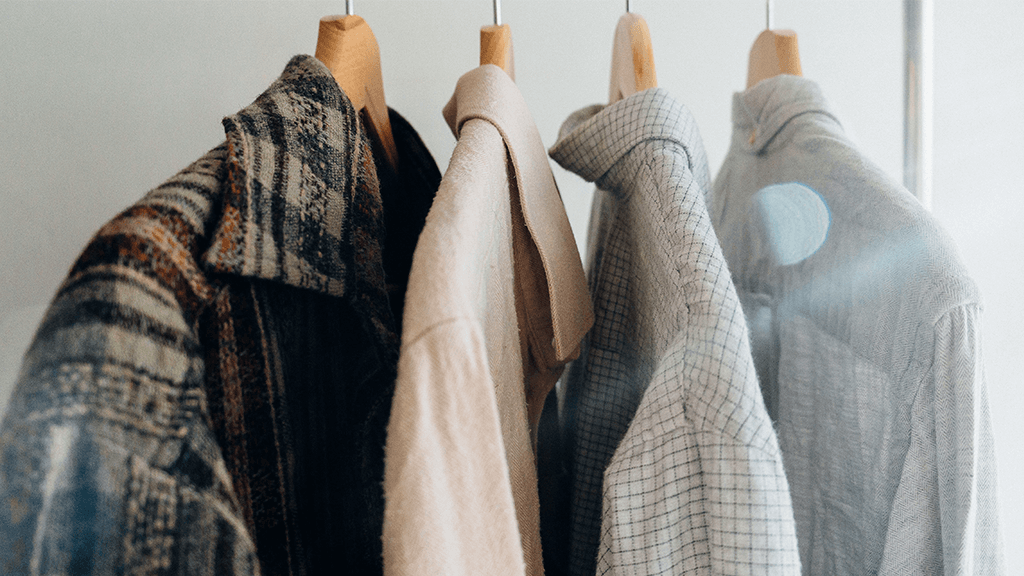 Look at these shirts: similar models, but visual result completely different depending on the material used.

For the modeling of the clothes in Vajont, I used a hybrid workflow. I utilized a tailoring software for the realization of the basic shapes and an organic modeling software, for finishing and adding the folds.

From cloth pattern to 3D Model 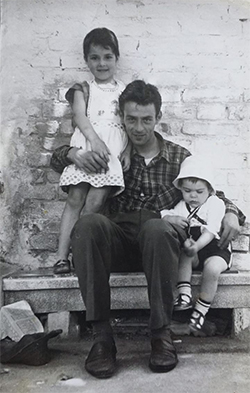 The real person that we were inspired to recreate, the character’s husband, had a background very similar to the one we were interested in recreating: a worker, often engaged in manual labor, and dressed in comfortable clothes.

Since the photos in our possession were taken in the Sixties, I decided to begin there, exactly recreating the clothing in the picture on the side.

Where to start then? The answer is simple, from the patterns!

At home, I found some pattern magazines of the time and compared them to material found on the web. Beginning with those patterns, using Marvelous Designer – software for modeling clothes in 3D – I reconstructed the basic shape of the shirt, t-shirt and trousers.

Marvelous Designer allows you to quickly reconstruct any dress, with detailing that goes right down to the smallest seam. The final result can be previewed in real time, so you can make changes to the fit. By setting the type of fabric, it is also possible to physically simulate the kind and number of pleats, for a truly realistic result. 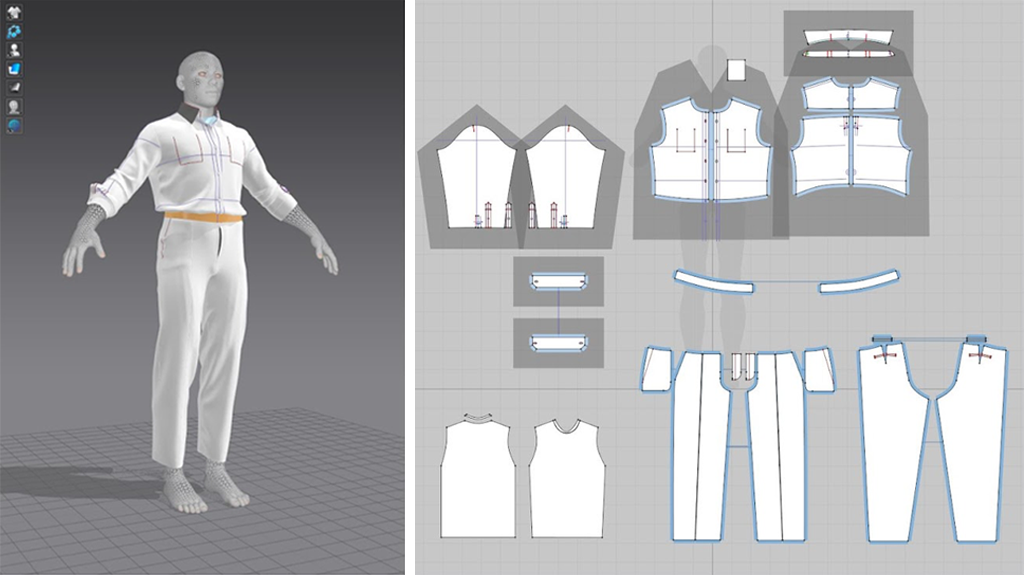 Left: A simulation of how the clothes fit in Marvelous Designer, inspired by the real image. Right: The patterns I made.

The addition of micro-details

Next, I imported the basic clothing into Zbrush to add micro-detail. I then finished the folds – giving them a look closer to sculptural drapery – and inserted the seams and buttons.

Through a dedicated brush, I then reproduced the texture of the shirt and trousers, ready for a bake on the low-poly model (I have already described this procedure here).

I modeled the shoes exactly to those of the person in the picture, directly in Zbrush, trying to give them a used look.

Ultimately, I’d like to share the work I did for the modeling of the clothes of the character of the neighbor. The sweater was created in Zbrush, inspired by the patterns of handcrafted, knitted sweaters. 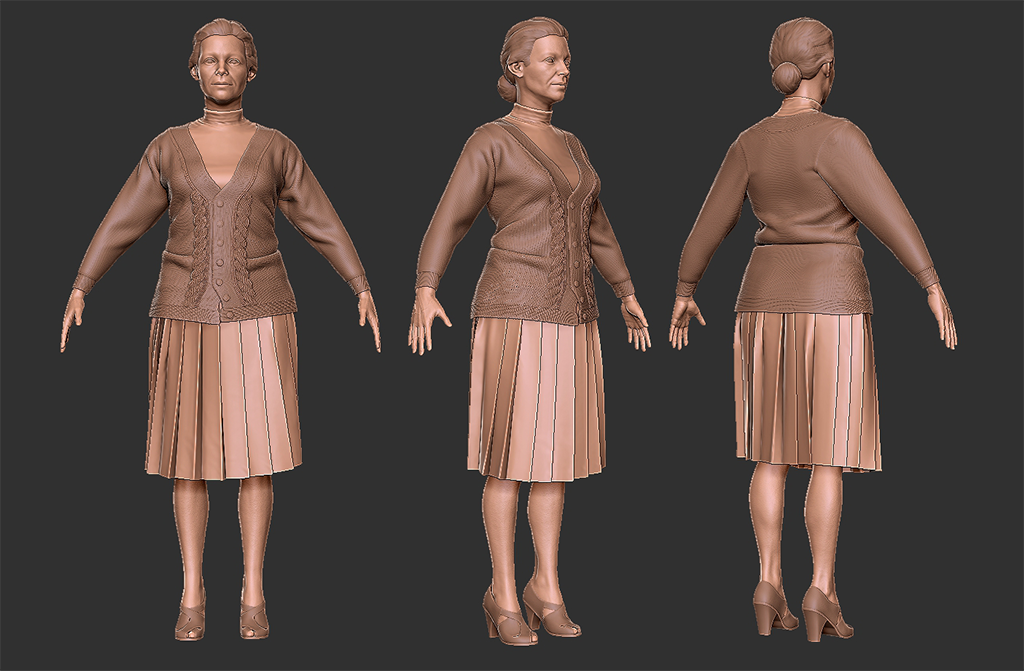 After a few unsuccessful attempts, given the size of the file, I was also able to make a bake of this model in the low-poly version.