The focus of our VR experience is definitely the human relationship. Time, in ‘Vajont’, passes in the presence of characters who, for the whole duration of the piece, try to go beyond the simple narration, creating with us a relationship that is as empathetic as possible. In other words, they try to awaken and tickle our human side, despite immersion in Virtual Reality. Isn’t it nonsense to talk about a ‘human relationship’ when the only actors are in computer graphics? How do we create characters able to shake off the role of detached and cold marginal guides, becoming in all respects an integral part of a story, as intimate as possible? How do we combine all this with the time and budget available, being a small production company? The quality of the experience is directly proportional to the winning of these challenges.

In VR, everything is about perception. Our senses are so strongly channeled within the VR headset – our level of attention is so high, having excluded possible distractions from our sight and hearing – that it is a bit as if we awakened dormant receptive capacities. To achieve our goal of emotionally involving the participant, we felt that it was essential to communicate on several levels. We have done a careful study on the features of each character, so that a subtle, almost instinctive communication began from the first glance.

For the character of the husband, we felt it was important to recreate a physiognomy capable of embodying the seriousness of the moment, a certain solemnity that would make credible the values ​​that the character brings to us.

The 3d character of the husband is inspired by the physiognomy of a person who actually existed, and we used actual reference photographs to model it.

Three portraits of the real person we used as a reference, with different ages 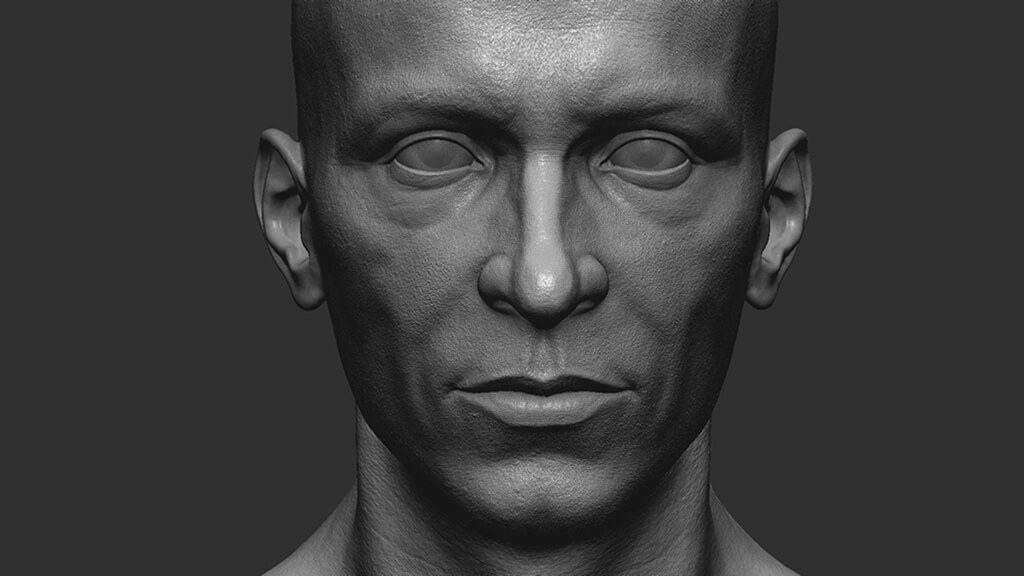 However, we used a different approach for the character of the neighbour. In the modeling phase, we oriented ourselves towards the softening and opening of the features, also ‘forcing’ the normal nose/eyes/mouth proportions a little, so that the perception of a ‘good’ character, to be trusted, took place from the beginning. 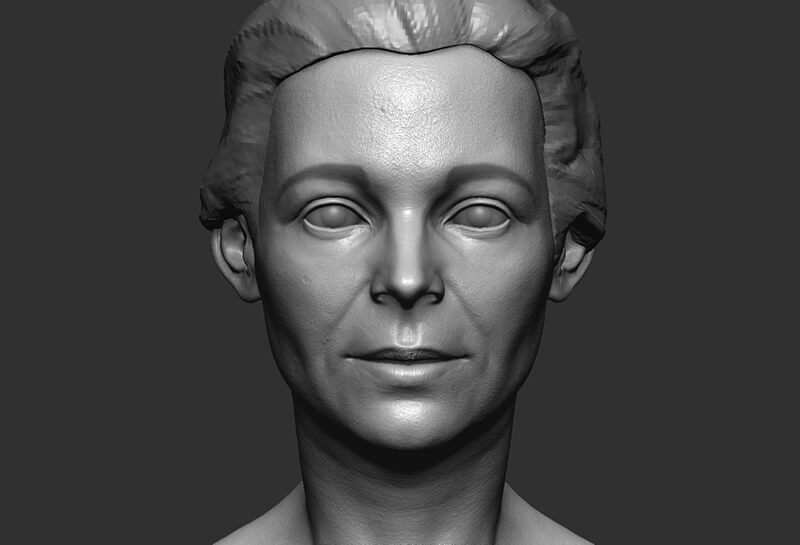 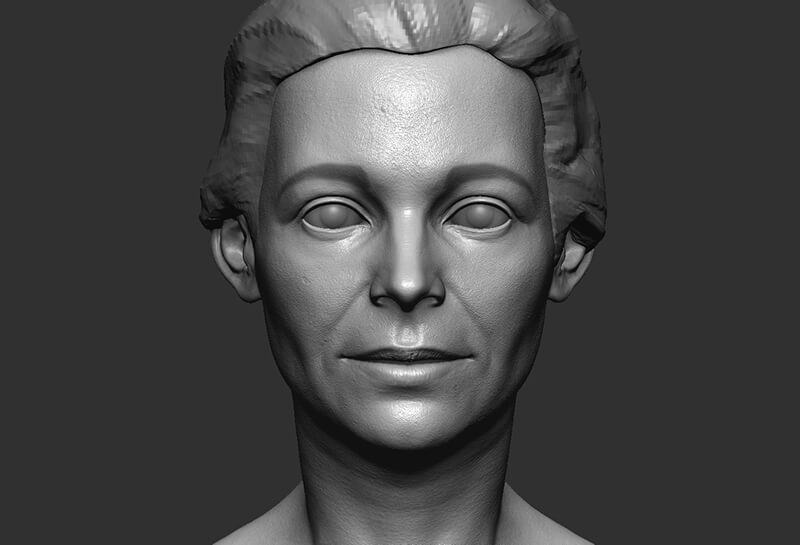 Thus, the neighbor was modeled so that her face would tell, in addition to territorial belonging, also a certain openness to dialogue, availability, and ability to arouse trust.

To obtain the highest possible level of realism, we have created models containing pores, skin defects, wrinkles, etc. A workflow consisting of a process of retopologization and optimization of the initial 3D model, followed by a bake of normal maps, has allowed us to maintain the micro-details of the skin unaltered, even in real-time.